Why Roger Raglin Let the Bergara Gunsmith Select the Parts for His Custom Bergara Rifle? 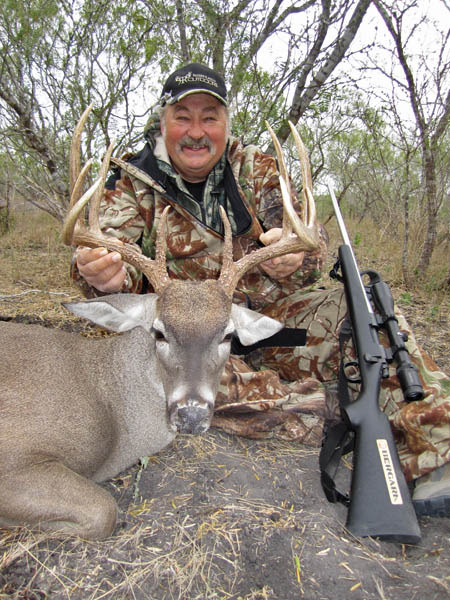 Roger Raglin of Coweta, Oklahoma, has been a TV host for 15 years. His TV show “Roger Raglin Outdoors” airs at 9:00 pm on Saturdays on the Outdoor Channel.

Editor’s Note: Roger Raglin of Coweta, Oklahoma, has been a TV host for 15 years. His TV show “Roger Raglin Outdoors” airs at 9:00 pm on Saturdays on the Outdoor Channel. He is also a member of Bergara Pro Staff. BPI Outdoors, the parent company of Bergara, has opened a Custom Rifle Shop to build custom rifles using component parts customers request or send to Bergara. Roger Raglin was one of the first outdoorsmen to have a custom-built Bergara rifle. Today he tells us why he’s chosen a custom gun.

When I began to talk to the people at Bergara’s Custom Rifle Shop about building a custom rifle for me, I told them I wanted a left-handed action, since I’m a left-handed shooter. Other than that one consideration, I didn’t have many requirements for the component parts Bergara would use to build my rifle. Every gun builder has certain items he likes to put into a gun that he believes produce the best accuracy and ease of shooting. Gun builders are like track stars. A track athlete on the higher-level of competition can use any type of track shoe he wants, but because of his experience in trying different shoes, he knows the brand and the style that give him the best opportunity to win. I believe custom gun builders have certain component parts they’ve tried and tested. For this reason, rather than trying to be the expert on what parts would make-up the best custom rifle, I depended on the experts at Bergara. They used a McMillan stock, a Remington .700 action and a Timney Trigger, I think. 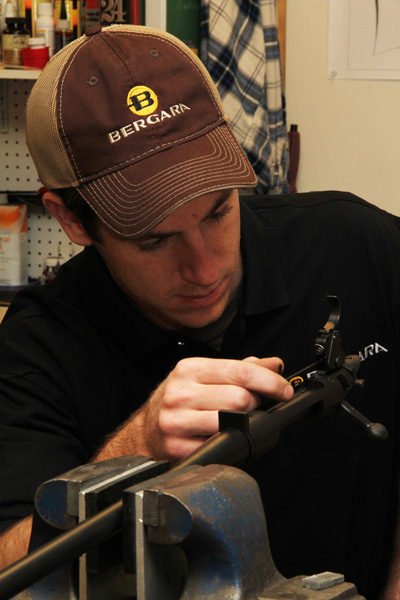 When I got my new custom rifle from Bergara, I took it out and shot it. I couldn’t believe the accuracy it produced. I was shooting 1/2-inch groups at 100 yards, and 1- to 1-1/4-inch groups at 200 yards. I was using Winchester Supreme Silver Tip Boattails with 140-grain bullets. I believe custom-built rifles shoot better and are far-more accurate than most factory-built rifles. After shooting my new .270 Short Mag built in the Custom Rifle Shop at Bergara, I feel confident I can take an animal at 450 yards with this rifle. I’ll even take this rifle on an elk hunt, even though most elk hunters prefer bigger calibers. However, I’ve learned over the years that bullet placement is more important than any-other component when you fire a rifle at a big-game animal. The more accurately you and your rifle can shoot, the quicker and the more efficiently you can put-down the game. After I took my new rifle out and shot it, I wrote a letter back to the rifle builders at Bergara and said, “If you consistently build rifles like this, you’ll be in business for a long time.”

I’ve owned several custom rifles that were built by some of the master gun builders in this country. I know the qualities to look for in a custom-built rifle. I believe many of these features are subliminal, and only by shooting the rifle can you tell the difference. I’ve been a piano player for 50 years, and I can sit down at any piano, play a tune and very quickly tell you the quality of that piano. I immediately can tell you whether or not it’s in tune, and whether or not it will produce the best music I can play. The same is true with a custom rifle. First, it has to be accurate. Second, when you shoot that rifle you have to know that it can produce the best shot of any rifle you’ve ever owned. There’s a certain feel and a certain fit that just make custom rifles better than factory rifles.

After I had shot several rounds through my custom-built Bergara .270 Short Mag, I looked at my son Joshua and said, “We’ve really got a great-shooting gun in this one.” A really-great custom rifle sets itself apart from all the other rifles you’ve ever shot. I highly recommend the Custom Rifle Shop at Bergara to all my friends and viewers. 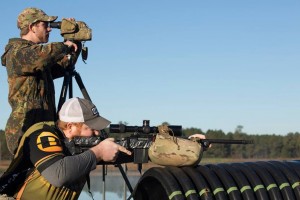 This week we sat down with the Bergara Custom and[...]