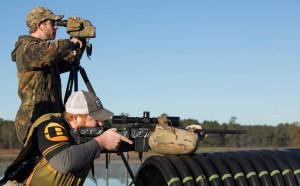 This week we sat down with the Bergara Custom and Production Rifles Manager, Aaron Dearborn to talk about his other passion, shooting competitions.

Taylor: What drew you to shooting competition?

Aaron: I shot my first competition when I was 6 or 7 years old.  My Dad took me to a shotgun turkey shoot with my “custom” .410 bolt action shotgun.  I don’t remember the make, but I do recall we (meaning Dad) had to cut the stock for the proper length of pull.  The shoot was a lot of fun, and I took home a win in the youth class.  Not bad for my first time out!

After that, it wasn’t until the Marine Corps that I shot another competition.  As the MOS 2112 Precision Rifle Repairmen for the USMC Rifle Team, I had to opportunity to really focus on bullseye NRA matches and from time to time I was able to shoot some regional matches when I wasn’t busy maintaining/building rifles for the full-time team members.

After I had left active duty, I started shooting Practical Sniper Matches up and down the east coast.  Allegheny Sniper Challenge is one that I actively shoot as often as I can.  I also shoot the occasional NRA F-Class matches to keep up with the current trends.  But my primary focus is the Precision Rifle Series.  My first match was in late 2015 at the Woody’s Fall Brawl and placed middle of the pack.  Not bad for just starting out.  The 2016 season was a blast, and with a more dedicated rifle and a scope sponsor (US Optics), I qualified for the 2016 PRS Finale.  My highest placed finish during the season was 23rd out of 110 shooters at CORE Shooting Solutions, in Baker Florida.  I have high hopes of finishing a two-day match inside the Top Ten during the 2017 season.

Taylor: How much do you prepare for each competition regarding rounds shot and practice time?

Aaron: I generally don’t shoot more than 100 rounds in preparation for a match.  I have a membership to a 400-yard range but keep most of my training to 100 yards.  I always load my own ammo, and most of the time I am merely confirming data and conducting small tests to continually tweak my load.  Usually, I’ll do a 15 round test with only one minor change to my current load to see if there is a difference in accuracy, load consistency and/or velocity.  The trick is not to get too hung up on making changes.  I use the K.I.S.S. principle: Keep It Simple Stupid.

Taylor: What shots do you practice most?

Aaron: I shoot Dot Drills at 100 yards from various positions.  A basic dot drill is shooting 10 rounds in succession at 10 dots.  In my case, it’s ½ inch dots.  My rifle and loads are capable of ¼ inch groups so, in theory, I should easily be able to hit anything ¼ inch or larger at my 100 yards zero, this is often easier said than done!

Taylor: What is your favorite caliber to compete with and why?

Aaron: I shoot the 6mm Creedmoor.  It’s a fast, low recoiling cartridge with excellent ballistics.  I use 105gr Berger Hybrids and 115gr DTAC’s.  Both bullets with go faster than 3050fps with a 95% case capacity charge weight.  Usually, I shoot the 105gr Bergers for their speed advantage (3125fps). However, the 115gr DTAC has excellent ballistics beyond 700 yards, and I have found they are nearly even with the Bergers at short range (300-700 yards).

Taylor: What are the biggest factors that contribute to the accuracy of your rifle?

Aaron: The barrel and the method I use the build it.  That second part might sound a little prideful to some, but I know what it takes to attain accuracy in custom rifles, and after 9 years of building precision rifles for some of best shooters in the country, I can hold my own when it comes to the building of my 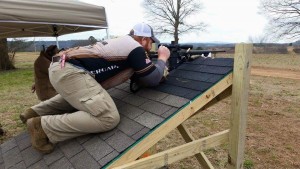 The barrel is key to every rifle build.  Bergara barrels are proven performers, and we take pride in the fact that our barrels can perform on par with much more expensive barrels like Bartlein, Krieger, and others.  Having built precision rifles on nearly a dozen other barrel manufactures’, I can honestly say that our Bergara Barrels are capable of the same levels of performance without the high price tag.  I’m proud to shoot Bergara and represent Bergara at every match I attend.

Taylor: What kind of maintenance do you have to perform on your gun to have it working in top order?

Aaron: Cleaning a match rifle is a hot topic.  Some will say that cleaning the bore is a must after every match and yet others will tell you to leave the bore alone until accuracy degrades.

Varmint hunting has grown in popularity over the last few[...] 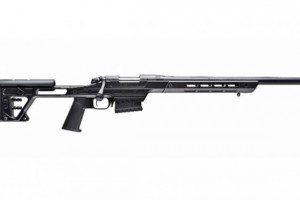