Ed Shilen founded Shilen Rifles in 1967, intent on making the most accurate rifles in the world. With his rifles he set more than just a few world records (try 13) and went on to be inducted into the Benchrest Hall of Fame. Twenty five years later, in 1992, Ed changed the focus of the business and used his expertise to create the most accurate barrels in the world, which he did. Ask any serious shooter and they’ll likely tell you they’re shooting a Shilen barrel on their rifle.

Up until his death, Ed Shilen served as a technical consultant to Bergara, where he worked closely with the engineers to help develop a world-class barrel while maintaining a production rate that would keep the costs down.

The question became: How can a company produce accurate rifle barrels of custom quality at a production rate to keep prices down for customers?

Not easy to do. Very difficult. Seemingly impossible.

When Bergara Barrels decided to start making centerfire barrels, so they found Shilen in the U.S. and brought him to Spain where he served as a consultant for the company. Ultimately, he taught Bergara how to properly make a rifle barrel by showing them the trade secrets he’d been protecting for years.

After receiving the barrel stock from the supplier, the first process is to make sure they are completely straight; straighten them if not. Next, it’s on to deep-hole drilling the blanks. This can be done for a .22 all the way to a .50 caliber. The tolerances are what you might call extremely tight – just 30 microns of a millimeter (half the thickness of the average human hair). This type of precision is critical throughout.

Once drilled, it moves to the vertical honing machine where the bars are treated with three stages of polishing to give the inside of the barrel a smooth, mirror-like finish. Finally, it’s on to button rifling where a carbide button on a powerful motor turns the shaft as the ram pulls the button through the blank. This process is the same for a muzzleloader as it is a centerfire rifle. During this step, the inside of the barrel blank is also lubricated with a specific chemical makeup that is a closely guarded secret and will probably never leave the walls of the factory. Much the same goes for the final step of the process – the heat treatment. 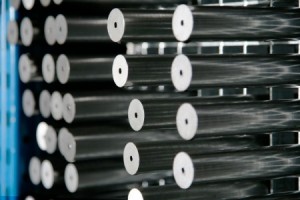 The Legend of Bergara Rifle Barrels

Our rifle barrels begin their journey in Basque Region of[...]

For safari hunting, I recommend Bergara’s long-range hunting rifle, the[...] 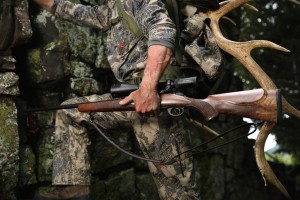