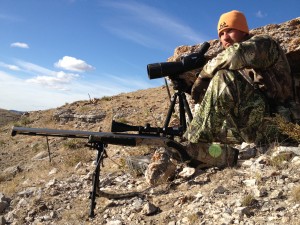 Don’t miss for a lack of practice.

*Guest post from Tony Smotherman, aka The Travelin’ Hunter.

You’re more likely to make an accurate shot lying prone with your day pack as a rest and taking your time rather than standing on the side of a steep hill  trying to shoot offhand at a moving animal on the other side of the valley. Under these (latter) conditions, shooting accurately would become much more challenging. Far too often hunters believe a precision barrel and custom rifle will make the shot for them. They depend solely on their rifle and ammunition to place the bullet where they want it to go. I’ve mentioned before about the need to spend time on the rifle range to shoot accurately and to hone your skills. There’s one-more type of shooting you need to practice at the range. 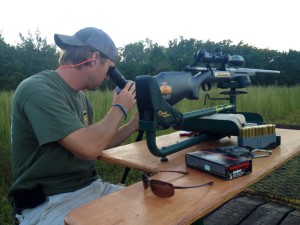 Make sure you put in your time at the range before having to make a tough shot.

If you’ve ever played athletics, you’ve heard your coach say, “You play on game day like you practice during the week.” Here are two suggestions to increase your accuracy when you’re called on to make a shot off-hand. After making sure your rifle is zeroed, stand up and shoot offhand. Notice the grouping difference. As you become more comfortable from this position, slowly begin backing up in 10-yard increments until you’re shooting offhand at more than 100 yards. After you feel fairly confident shooting at this distance on the rifle range, face away from the target. Turn quickly, push your safety off, and take a shot within five to 10 seconds. Practice these two techniques every time you go to the rifle range.

Hunting is different from a controlled environment such as the shooting range. Game animals don’t stand still for very long, which can make getting into a proper shooting position pretty tough. Bringing the gun to your shoulder, clicking the safety off, identifying the target and squeezing the trigger all may need to happen within 10 seconds or less. I hear all the time in hunting camps, “I can drive tacks with my rifle out to 250 yards. I don’t understand why I missed that buck at 150 yards. My scope must be off or my ammunition must have failed.” These are two good excuses, but more than likely the reason this hunter missed is shooter error.

The more you practice, the more accurate you’ll be in a live scenario. You may not ever have to take an offhand shot at more than 100 yards. However, if you practice shooting offhand and doing it quickly, you’ll have the confidence in your shooting ability when the moment arrives.

By Tony Smotherman, producer and host of the “Travelin’ Hunter” TV show on the Sportsman Channel, which airs Sunday nights at 9:30 CST. 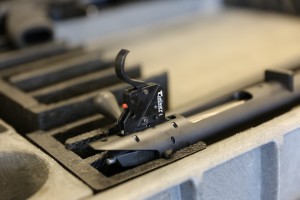 Is Dry Firing My Rifle Okay? One of the biggest[...]

The number-one ingredient required to make consistent long-range shots on[...] 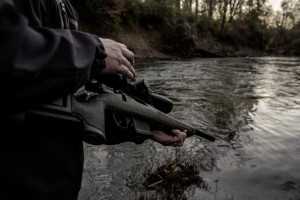 Once lucky NRA attendee will win a Bergara B14 rifle[...]