The number-one ingredient required to make consistent long-range shots on deer and other animals is marksmanship. You can have the finest, most-accurate rifle that the Custom Shop can build, and you won’t be able to consistently take animals at long range, if you don’t spend time on a rifle range. You need to:

* learn how different bullets and various powder charges made by different manufacturers affect the accuracy of your rifle;

* let your rifle tell you which bullet and powder charge made by which company will produce the most accuracy you can get from your custom rifle;

* simulate hunting conditions by shooting from different positions and using various types of rest to see what type of accuracy you can produce from your custom rifle under field conditions.”

The rifle I recommend for a deer hunter who wants to take deer out past 200 yards is the Model BCR 15. To build this rifle, we start out with a Bergara precision-built barrel, because the barrel is one of the most-important ingredients in shooting accurately. After we have the best barrel, we start with the component parts that allow that barrel to deliver the accuracy that has been built into the barrel. The next part that we recommend is a Stiller action and a McMillan stock with aluminum pillars with a Marine Tech glass fitting. We can build this rifle in calibers from .300 Ultra Mag to a Winchester .300 Short Magnum.

I personally like the Winchester .300 Short Mag that comes from a .300 Winchester Magnum, which is a very-popular caliber and cartridge. The advantage of the Short Mag cartridge is it has a smaller action bolt throw, causing it to be lighter that the standard .300 Mag. This combination of components delivers a long-range rifle that will drive tacks at 300 yards. I’ve shot less than 1-inch groups at 300 yards with a custom rifle built this way. At 1,000 yards, this definitely will hold a 10-inch group. You can get the groups tighter than this by using hand-loaded ammunition, instead of using factory loads. You also have to consider weather conditions and the skill of the shooter. I believe a hand-loaded cartridge definitely has an advantage when it comes to accuracy over a factory load, since each cartridge is made usually by one person. With a factory load, the ammunition is mass produced, and you may find variations in powder and the bullet itself. With hand loads, a person usually builds each cartridge with the same powder and the same bullet the same way. With factory ammunition, you may have various bullets made at different times and even possibly with different powders. For instance, you may have different packages of powder poured into the powder delivery system at different times of the day. Factory ammunition cannot be controlled as consistently as hand-loaded ammunition can. I suggest a .300 Short Mag for the hunter, because this bullet is a little faster than a .308, it’s flatter shooting, and it has better effective range. The accuracy of a .308 starts to tail off at about 800 meters. But with a .300 Short Mag or a .300 Magnum, the accuracy carries out to 1000 meters to 1200 meters and beyond.

With sniper rifles, we recommend the .308 caliber. The sniper rifle today is actually a 7.62x51MM. This caliber is utilized because it’s a NATO standard cartridge. The reason for using the caliber is because in a combat situation you can get ammunition for this caliber thats more readily available. When we build sniper rifles, we build enough tolerance in these rifles, so that we can delink the M240 machine gun ammo allowing snipers to shoot this type of ammo through their sniper rifles also. With the .300 Short Mag that we’re recommending for long-range deer hunting, we recommend a 200-grain bullet mainly because of the muzzle velocity. To get maximum accuracy, I’d consider hand loads. But for the average shooter, the factory ammunition will produce acceptable accuracy.”

*Guest post from Tony Smotherman, aka The Travelin' Hunter. You're[...] 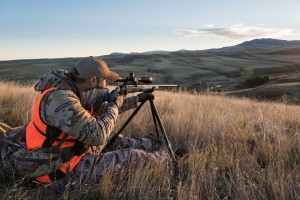 How to Find a Hunting Lease

For a majority of hunters living east of the Mississippi[...] 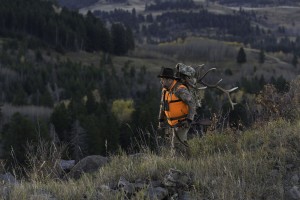 Plan Your Next Big-Game Hunt Now

Hunting has never been called easy by anyone who actually[...]