One of the things I like about Bergara’s Custom Shop is that you can create your own dream rifle, from your component parts or their components. I had a really-fine stock, and I wanted a .280 Ackley Improved rifle built on that stock. The .280 is becoming one of my new favorite calibers and is a type of wildcat cartridge. I wanted that gun, because the .280 is like a heat-seeking missile. We used it this year to take a really-nice whitetail bucks. My son, Walker, and I each took a really-nice elk with this gun, and my wife, Marsha, took a nice mule deer with it. I have found it to be an incredibly-accurate rifle. I have shot a group of 3 rounds at 100 yards

before with each of those bullets in the center of the target. Too, the holes that each bullet cut touched each other making a clover leaf pattern.

I also have a Sport Hunter model .300 Win Mag that was built in the Bergara Custom Shop. Marsha shot a monster bull elk in Arizona at 420 yards with that rifle. My two sons, Walker and Wyatt, both took wild hogs in Hawaii with that gun. It is a total tack driver.

I’m often asked. “Why did you want Bergara’s custom shop to build you a gun with a wildcat cartridge like the .280?” One of my friends had given me this really-really nice gun stock, and I wanted a rifle built that was different from the rifles everyone else had. For years, I’ve been a huge .270 fan and a fan of the .300 Win Mag. I still am a fan of these two guns. But I wanted to have a very-unique gun that was built especially for me in a different caliber than what most people shoot mounted on this stock that a good friend had given to me. What I really like about the Bergara Custom Shop is those folks will build any type of rifle you ask them to build, whether it’s a standard caliber or a wildcat caliber. I like to hand load my cartridges for this caliber, but I also purchase Nosler custom ammo, the only company I know that makes that cartridge. I’ve shot accurately with this rifle out to 500 yards, because it’s a really flat-shooting caliber. Whatever caliber of rifle you’ve ever dreamed of owning, Bergara’s Custom Rifle Shop can build that rifle to your specifications.

Another reason I wanted this .280 built to my specifications was I wanted it to be an heirloom in my family. One of these days, when I’m no longer able to hunt, or when I pass away, I’d like one of my sons to have this rifle and pass it down to his son. That’s another reason for having a custom rifle built. By having a rifle built to your specifications, you can pass down your legacy of hunting and shooting and know that one day future generations of your family will be able to hunt with that rifle.

Another unique feature of the Bergara Custom Rifle Shop is if someone in your family has given you a rifle, and you’re perhaps the second or third generation to own or hunt with that rifle, it may not be as accurate, as it was when the first family member bought the rifle. The rifling in the barrel may have been shot out. You can send that rifle to the Bergara Custom Rifle Shop and have a new Bergara barrel put on that rifle. Then that heirloom rifle will be as accurate, if not more accurate, than it was when it was first purchased. If you need the trigger tuned-up, the Bergara Custom Rifle Shop can perform that task for you too. If the stock is cracked or broken, Bergara can put a new McMillan stock on the rifle. The shop has a quick turn-around time, because they keep in-house many of the component parts that you may want to use to revitalize an heirloom rifle.

Think about how happy your son, your grandson or your great-grandson will be, if he opened up a package on Christmas morning and found one of your favorite rifles that had been cleaned up and brought up-to-date and was ready to be passed down. Some people like to collect rifles just to have them. Other people collect rifles for specific types of hunting. Another group of individuals collect rifles knowing that the value of those rifles more than likely will appreciate over time. But for me, one of the best reasons to have a custom-built rifle is so that at some time, I can pass down my love of hunting and shooting to future generations. 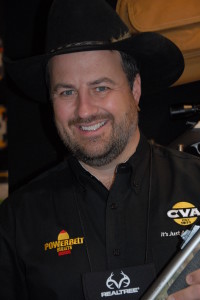 By: Chad Schearer is Co-host of Shoot Straight and  the Director of Advertising and Media Relations for BPI Outdoors.

Question: Do you have a gun that’s been passed down for several generations? If so, tell us what it is and why that gun is special to you.